I went to my first hipster café in Sydney a few Sundays ago!

It took us a bus and a train ride to get to Newtown aka Hipster Ville. It is a quaint looking town full of hipster clothing store, modern/retro cafés, bookshops and home to some of the most renown foodie gelato havens like Cow and The Moon and Messina.

Brewtown Newtown is found in a small alleyway, can it be any more hipster? *Chandler accent* As we arrived, there was a group of 2 already waiting in queue. We got in line and a hipster-looking gentleman came to us, took our name and said that he’d let us know as soon as a table became available. He came to us only minutes later and said that a table just cleared up. Maybe because there were 3 of us, we got seated before the group of 2 in front of us. 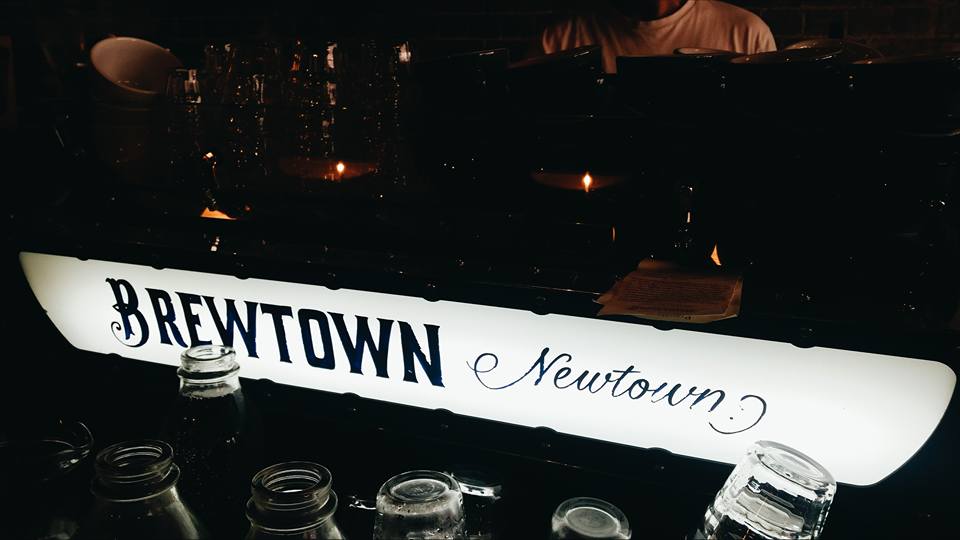 I got shots of the full menu so here you go 😛 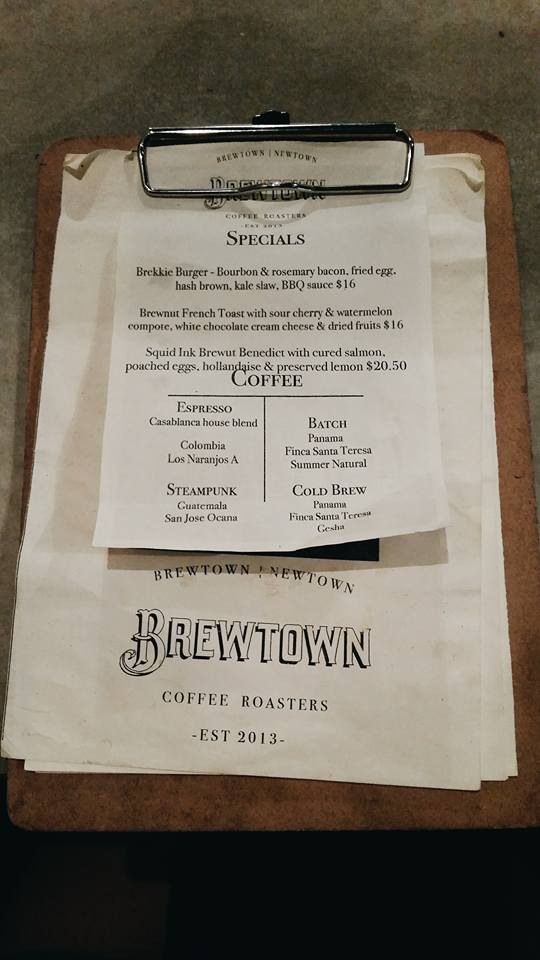 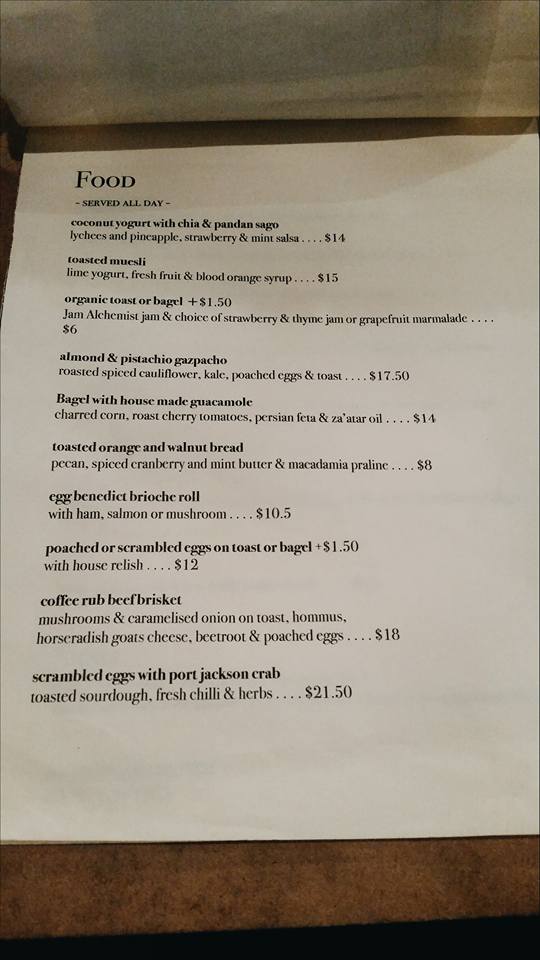 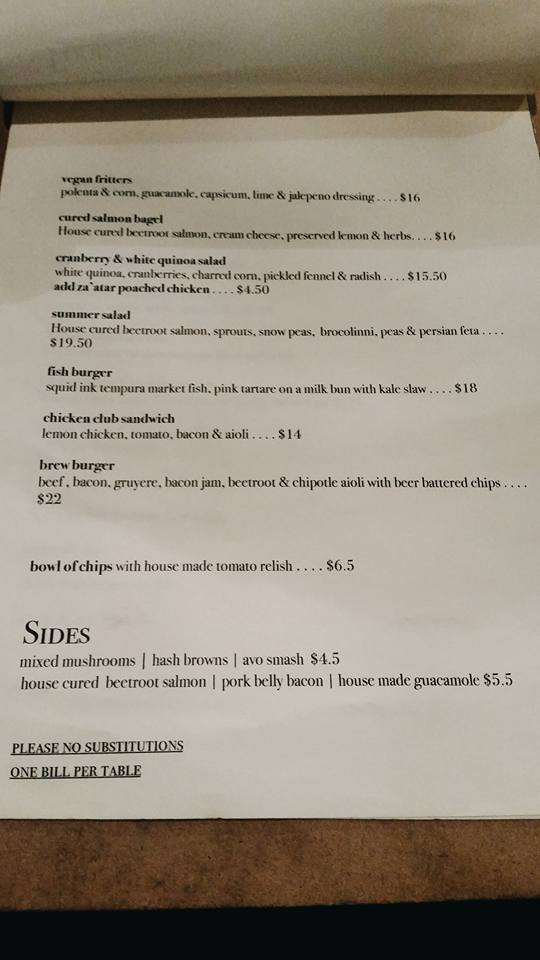 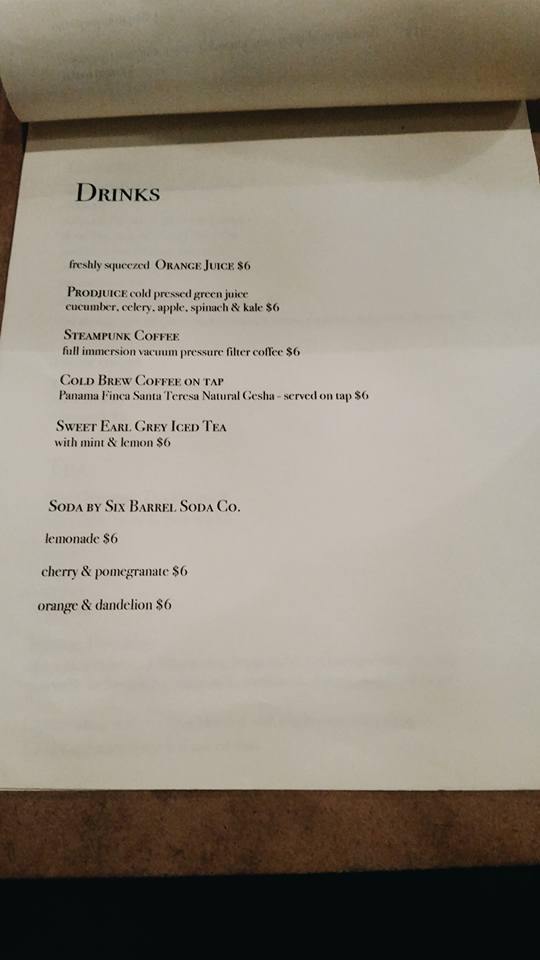 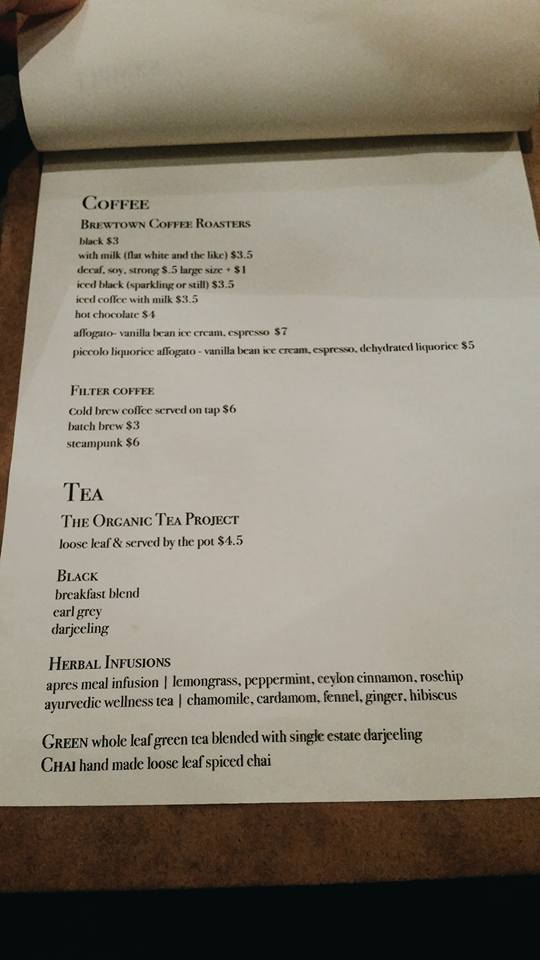 Here’s what we ended up going for…

Although it looks pretty and appetising, I’m sorry to say that it didn’t taste as good as it looked. The scrambled eggs weren’t seasoned so we had to add salt provided on the table so maybe they let people season to their own liking? And although the crab smelled very fishy, it had virtually no taste or flavour. The chilli overpowered the whole dish. *Not meaning to sound like MKR’s Tyson #AngryAngryMan

This was probably the best dish we ordered but basically a classic eggs benedict served on their housemade Brewnut (Brewnut cronut). The fresh herbs and preserved lemon paired really well with the rich hollandaise sauce and fatty salmon.

This was my choice… unfortunately. I had never had a coffee rub anything before so I went into it thinking I was trying something new and exotic.

First of all, as the dish arrived, I literally thought there were 3 poached eggs but as I cut into the first one (the only one that wasn’t the egg), we realised one of them was actually the goats cheese quenelle!!!! Hahahah we had a good laugh about that. Can you guess which of the 3 is the odd one out?

Texturally, the dish gets zero points from me. It was just a big mush. I’m guessing because of the coffee rub, beetroot, mushroom and caramelised onion being all of a dark colour, I couldn’t differentiate between any of the elements.

I know that the coffee flavour is supposed to be subtle but that was a little TOO subtle cos I hardly tasted any coffee in there. The hommus was just overpowered by all the other flavours, I couldn’t tell if it was there. The goats cheese was just bleh.

It was edible but would not recommend.

No complaints about the coffee. It had a really unique flavour, unlike any other I’ve had. I believe they roast their own coffee beans in-house. A must try! So instagrammable!

The vibes were really good and I loved the ambience. I would love to go back to try out their other dishes and hopefully make better choices 🙂

Have a great weekend! 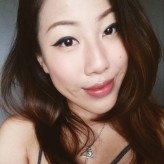